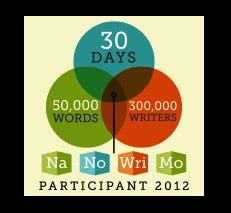 Last week I was meant to do so many things: eat homemade pizza, have mid-week drinks, go to a trip with the teachers and have a trip in Seoul but unfortunately for me, most of all last week I was ill. Huzzah :/ My co-teacher sent me home on Tuesday because she said, and I quote, “You do not look very good”…cheers. So I got packed off home. Wednesday wasn’t much better and I had to take another day off. I could barely get out of bed. Blah!

Thursday, I dragged my sorry tired arse into school- however a friend was kind enough to give me a lift. Was still unsure about the Cultural Festival with the Foreign Native English teachers from the province, but at 9:45am my co-teacher says, “Abi, let’s go!” WHAT! Not a single word and it’s “Abi, let’s go” ?!?! Typical. So we met outside of the Chungnam Board of Education Office and got on a very nice coach to Dangjin. Took a few hours to get there, stopping off for 15 mins on the way. When we arrived we had kimchi broth, tofu and noodles. It was so-so. My stomach wasn’t up for it, so I didn’t eat much. The festival itself was interesting to say the least. First 40 mins was being entertained, Korean style, with the Chungnam Philharmonic and they were awesome! It was brilliant to hear.
We then had various talks from teachers and a very funny man from the American Embassy- all talking about teaching and living in Korea. I’ve heard it all before, but I got some interesting ideas for my students. So I’m planning some lessons.

Over the weekend two lovely ladies from Janghang and three of us from Seocheon, went to Daejeon to catch a coach to go to Seoul for a Cultural Trip.  Good lord almighty!


Had to catch the 6:06am train, so Gez and I had to get up annoyingly early, it was a rush to get on trains in the cold and rain but finally made it onto the coach in Daejeon, sleep deprived and a little wet.

Got to Seoul and had chicken for lunche which was Samgyetang: A whole young chicken stuffed with rice and cooked in a ginseng broth! It’s lovely! We then walked up to Gyeongbokgung Palace. Gez and I had been there before back in April though when we went it was drier but much colder. We had a tour around the palace again, getting new pictures and remained relatively dry. After a walk around, we headed off to Insadong for a Korean show- dancing and singing. It was great fun! The costumes were brilliant and the dancing fantastic!


Then after a tiring time, we got back on the bus and headed to a fancy restaurant that was in the shape of the main Gyeongbuk palace. It was very fancy, but cool!
Eugene Hallock gave a speech about his time in Korea and we then had an 11 course Korean meal! Good lord it made me fat after the first 5 courses- and I ended up eating my friend’s courses too as she hates fish and shell fish and the majority of the courses were made up of fish. :s

We then went to the next stop which was Seoul Tower, aka Namsan Tower. But it was awesome as the city was lit up in a dazzling array of sparkling buildings. Very cool!


After that short trip, we mooched on over to our 4* hotel called, Best Western Premier Seoul Garden Hotel. Bit of a mouthful but it was awesome. All paid for by the government.


After chilling out for a bit we headed to Hongdae and saw lots of people in costume and the last dregs of the Zombie Walk. After ¾ of an hour wondering around, we saw a very drunken friend from Seocheon. Screaming COFFEE at the local punters, she gave us all a sloppy bloody Zombie kiss and headed out into the world to find her friend. Heading back to the hotel I passed out within seconds. So darn tired!

On the Sunday we headed out early after a nice breakfast! Went to the National Museum of Korea. It’s actually close to Yongsan station, so Gez and I will go there again when we have the time. The museum was brilliant! So many things to see and our group was privileged to be taken around by one of the museum curators.


We then played with clay! We could either make a Korean style pot or a pig. Since I could not make either, I decided to make an Asian style dragon…


Had bibimbap for lunch (rice, steamed vegetables, chilli pepper paste, egg and sometimes meat mixed together)…wasn’t bad but didn’t fancy it at the time. We then headed off to the Four River Project in Gangcheon-bo in Yeoju. Interesting place but there’s really not much to say about it.
The group were so knackered so we decided to call it a night and leave the rest of the bigger group and head back down to Seocheon. Mad rush to get the 7pm train and it was packed to the brim! Couldn’t even stand and this is a huge long arse train. 18 carriages and all packed.
Got home at a very late time of 9:45pm and after I figured out what I was going to plan with my students and their lessons for the following Monday and Tuesday, I promptly passed out again.
So…this week!


Monday and Tuesday: Students ended up watching Nightmare Before Christmas. It’s Halloween week and they deserve a week off from me.


Today I got wonderful news. An editor for an on-line magazine has accepted me to publish a few short stories, and I have a deadline by the 23rd of November!  Also NaNoWriMo starts on the 1st of November, 50,000 words in one month AND I also got the first proofs for Loving In Time, which has to be done within 29 days. Good lord! So much to DO and not much time to do it in!


Over the weekend I managed to finish my novella, Spirit of the Water Nymph, and I put it on my website for all to download if anyone wanted.