Ok where to start...

I've never been one to keep things going, I mean blogging and stuff like this, I'm just annoying like that, but on the up side, I have good reasons for lacking in the blog department.

Lets see... from November I finished NaNoWriMo within 2 weeks-ish, then December I was given the chance for my short fantasy stories to be put into a new fantasy magazine, then by January, I was asked to be a freelance copy-editor for the magazine. Not only that some of my stories will be published and I'll have my own column in there. Wow! 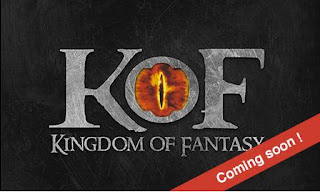 So the magazine... what is it? Well it's called the Kingdom of Fantasy and it's a monthly magazine that can be downloaded on the Apple Store and on Kindle. :)

The magazine contains fantasy comics as well as fantasy stories. Each month there is a theme running throughout the pages. The first edition is witches! I will give you no more info than that, you'll have to check it out yourself.

So what else is there to say? Well I went to Ha Long Bay just recently! If you aren't sure where it is, I shall give you a clue, (if you've read the book) Tara, Saskia flew around the islands and found Rhea! Guessed yet? Ha Long Bay is in Northern Vietnam and is a World Heritage (UNESCO) site. It's a pitted bay that is chock full of limestone outcrops, blanketed in luscious greenery and hides away the floating villagers who have never once stepped onto dry land their entire lives! It truly was inspiring and picturesque! Below are a few pictures from my journey!